For the most up-to-date load control information call

You may also go to the Demand Waiver Status link for load control information. The irrigation hotline service will be available during North Central’s Load Control Season, June 1 to September 15.

The District’s Load Management Program requires radio control switches to be installed on the irrigation wells. These switches respond to the District’s load management equipment that monitors the system’s load. As the load increases the load management equipment sends signals to the switches shutting off power to the irrigation wells to reduce the load. This process continues until the desired system load level is achieved. Irrigation wells will be subject to this load shedding process Monday through Saturday depending on the control schedule they have selected and depending on North Central’s non-waived (control) hours. The District’s non-waived (control) hours are determined by our wholesale supplier Nebraska Public Power District (NPPD). All irrigation services are subject to load control on Sundays also if required by the District wholesale power supplier NPPD.

North Central offers some of the lowest rates in the nation and with the assistance of the Load Management Program we hope to maintain this status.

Irrigation customers may request to change their load control schedule each year. All control schedule changes have to be made by April 1st. To make any changes please notify North Central PPD’s office 402-358-5112 or 800-578-1060 or by email at ncirrigation@ncppd.net.

Below is a chart of North Central’s irrigation rates associated with the following load control schedules: 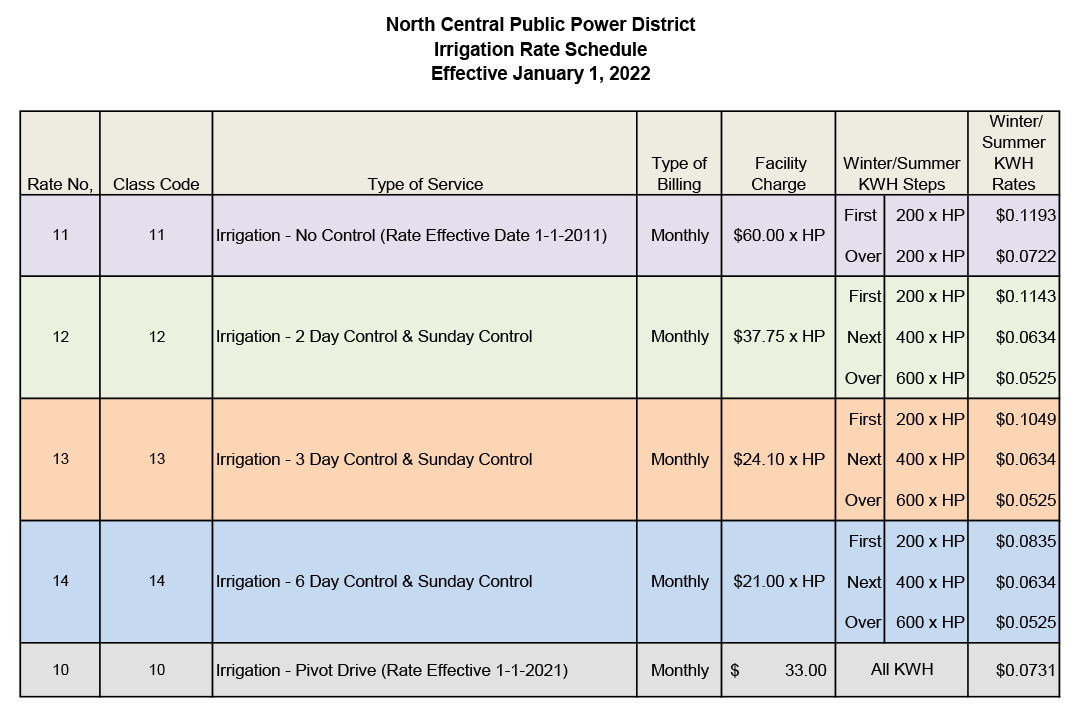 All irrigation schedules are subject to control on Sundays with the exception of No Control. 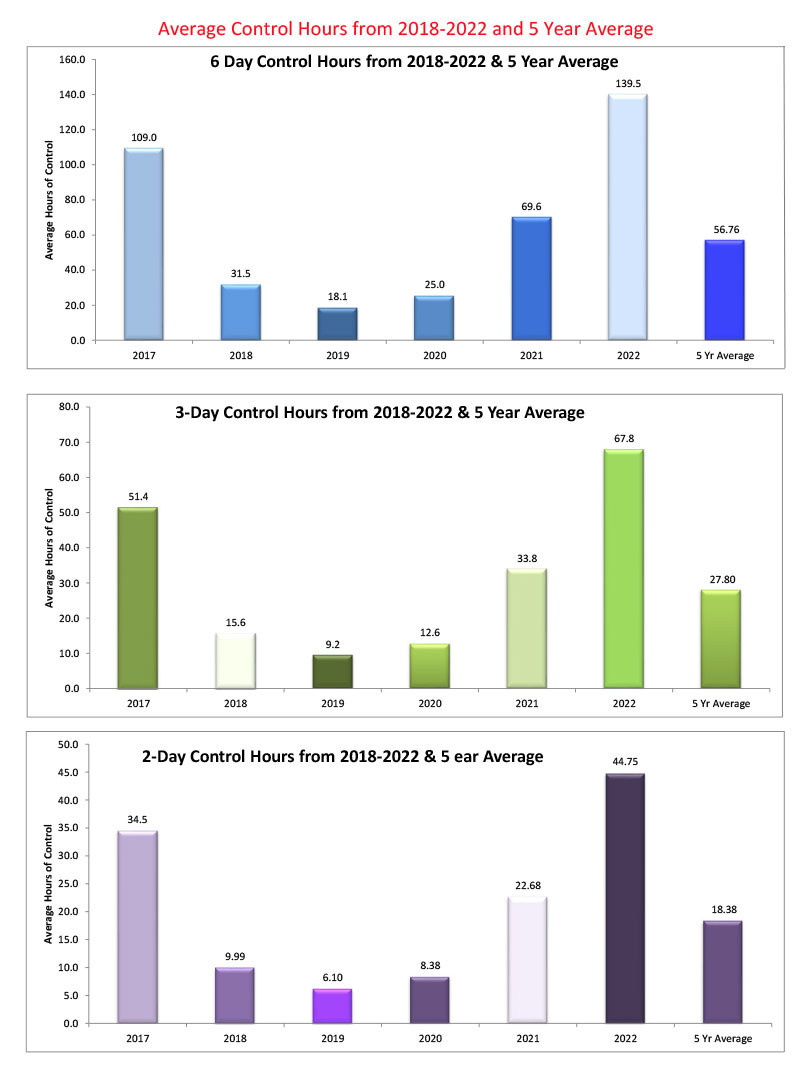